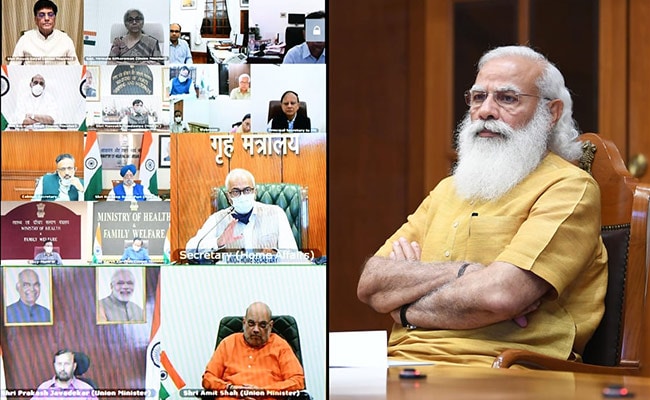 Prime Minister Narendra Modi today said that the wastage figures of Covid vaccines continue to be on the higher side and asked authorities to take steps to tackle this issue.

The directive came during a meeting to review the vaccination drive across the country. During the meeting, officials gave a presentation on various aspects of immunisation exercise and briefed the Prime Minister on the availability of the doses and the roadmap to ramp up supply, said a government statement.

He was told about the government’s efforts to help vaccine manufacturers increase production.

Reviewed India’s vaccination drive including the steps being taken to assist vaccine manufacturers and the need to further reduce vaccine wastage. https://t.co/qpHima3Cto

The Prime Minister took stock of the vaccination exercise among healthcare workers, frontline workers and the age-groups of 45+ years and 18-44 years.

“PM instructed that vaccine wastage numbers are still on the higher side and steps need to be taken to bring them down,” said the statement.

The officials also briefed the Prime Minister on steps being taken on the technology front to make the vaccination process more people-friendly.

He was told that the states were being provided advance visibility on the availability of vaccine doses to help them plan the immunisation exercise such that people do not face any inconvenience.

The government has faced criticism over several aspects of the vaccination drive in the country, including short supply of doses, differential pricing and a registration process that may not be accessible to all. Efforts are now on to ramp up supply and speed up the immunisation exercise amid warnings of a third wave of Covid infections.

In the face of criticism, the government had last month issued data pointing to high rates of vaccine wastage in several states, with Jharkhand and Chhattisgarh at the top of the list.

However, the two states, along with many others, had disputed the government’s data and accused it of manipulating numbers for political reasons.